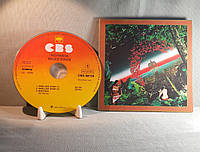 Agharta is a 1975 live double album by American jazz trumpeter, composer, and bandleader Miles Davis. By the time he recorded the album, Davis was 48 years old and had alienated many in the jazz community while attracting younger rock audiences with his radical electric fusion music. After experimenting with different line-ups, he established a stable live band in 1973 and toured constantly for the next two years, despite physical pain from worsening health and emotional instability brought on by substance abuse. During a three-week tour of Japan in 1975, the trumpeter performed two concerts at the Festival Hall in Osaka on February 1; the afternoon show produced Agharta and the evening show was released as Pangaea the following year.